Medicare is one of the most important federal programs in the United States. With over 15 percent of the population enrolled as beneficiaries, Medicare accounts for around 15 percent of the country’s annual budget, roughly $683 billion based on the most recent estimate.

With so much money invested in the system, Medicare is the victim of fraud and abuse to the tune of hundreds of millions each year. But as Medicare has evolved, so too has the government’s ability to combat fraud and waste. One of the most potent weapons to combat Medicare waste is the Medicare Secondary Payer (MSP) Act, which has allowed for the recovery of billions in taxpayer funds.

The MSP requires Medicare and MAOs to function as the secondary payer when a primary payer is responsible for covering the costs of health care. In practical terms, this means that if there is another insurance policy or contractual agreement covering a medical expense, i.e., a separate auto insurance policy or a settlement agreement, that other source of payment is considered the primary plan and must pay first.

For example, if a Medicare beneficiary gets into a car accident and suffers medical injuries, they typically submit their Medicare insurance card to the medical provider. That bill gets submitted to Medicare and either CMS or an MAO pays the bill. Many individuals, however, are also covered by a no-fault auto insurance policy issued by an insurance company that obligates the insurer to pay for medical expenses, regardless of fault, up to a policy limit.

Recovering lost tax dollars to help keep escalating medical costs in check is an important public health issue. Our firm is committed to holding these companies responsible for, in essence, stealing needed funds from Medicare and increasing the costs of the Medicare system.

What is the Medicare Secondary Payer Act?

President Lyndon Johnson signed the Social Security Amendments of 1965 establishing Medicare, a federally-funded health insurance program for the elderly and disabled. In the 1980s, Congress made changes to the Social Security Amendments by creating the MSP Act, which was designed to curb fraud, waste, and abuse that had plagued the federal program since its inception.

The Medicare Secondary Payer Act mandates that Medicare is the “secondary” payer in circumstances where a primary plan exists. The intended purpose was to shift costs away from Medicare to applicable primary plans for paying health care costs.

What are these primary plans?

Under the MSP Act, Medicare is required to be the secondary payer if a workers’ compensation, no-fault or liability policy has an obligation to cover a beneficiary’s medical care costs. To ensure that beneficiaries receive timely care and treatment, the MSP allows the Centers for Medicare and Medicaid Services (CMS) to make “conditional payments” to providers with the condition being that CMS will seek reimbursement from the primary payer.

The MSP laws facilitate the condition by giving Medicare subrogation rights or an alternative double damages remedy against any entity considered responsible for payment, as well as “any entity that has received payment from a primary plan or from the proceeds of a primary plan’s payment to any entity.”

Medicare Part C and the Creation of Medicare Advantage Organizations

MAOs enter into a contract with CMS to administer and provide the same benefits that beneficiaries receive under Medicare. MAOs receive a fixed payment from CMS per enrollee and, under a statutory framework, pay health care providers directly for the care received by Part C enrollees.

Reporting Requirements for the MSP Act

For many years, the MSP existed on paper, but lacked the mechanisms necessary for evaluating and enforcing situations where Medicare (or MAOs) should serve as secondary payers to the responsible party.

Reporting compliance allows providers to steer clear of civil penalties, but it does not provide safe harbor from paying first or reimbursing Medicare or MAOs.

CMS instructs providers to determine if individuals have an additional policy outside of Medicare before a health care claim is filed. Providers are supposed to supply beneficiaries with an MSP questionnaire covering the reason for their claims (injuries, for example) and whether or not they have additional coverage, including liability insurance.

Once it is determined that a beneficiary has liability insurance covering the incident or accident that triggered the claims, the following five scenarios are most common: 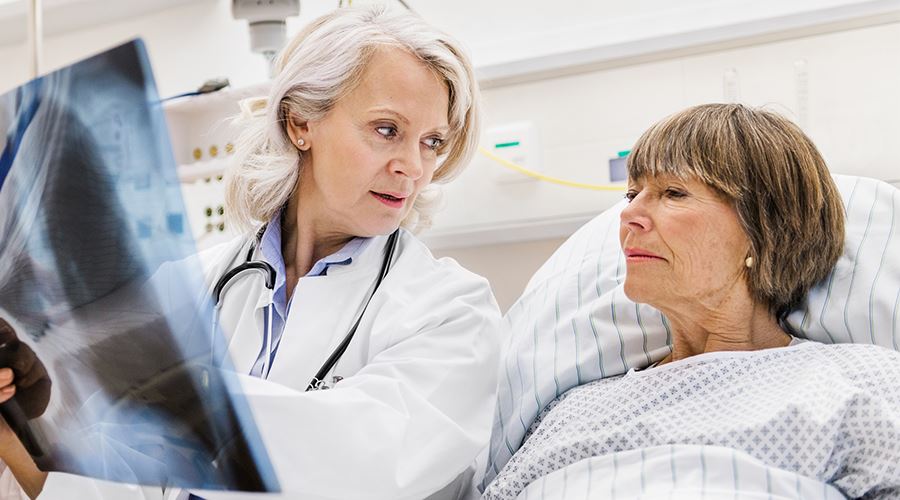 For a better understanding of how these scenarios play out in the real world, check out the examples below:

A 70-year-old woman is stopped at a traffic light when a box truck viciously rear-ends her vehicle. Under the woman’s auto insurance policy, she has Personal Injury Protection (PIP) coverage. At age 70, she also receives Medicare benefits as an enrollee in a Medicare Advantage Organization.

A 67-year-old man falls off a ladder working a construction job and is hospitalized. The hospital determines that the man has coverage outside of Medicare through a Workers’ Comp policy.

Generally speaking, a Workers’ Comp policy would be the primary payer on the beneficiary’s health care claim for the work injury with Medicare as a secondary payer.

According to the MSP class actions, the auto insurance companies derived substantial profits by forcing MAOs to cover medical treatments and failing to reimburse Medicare for the costs, as stated in the Medicare Secondary Payer Act. The lawsuits seek double damages plus statutory damages of $1,000 per day of noncompliance.