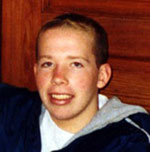 Philadelphia, Pennsylvania — A federal judge in Pennsylvania ruled on Friday, August 29, 2008, that a lawsuit filed by the parents of a 16-year-old New Jersey boy who committed suicide while taking Paxil is not preempted by federal law, as Paxil’s manufacturer, GlaxoSmithKline (GSK), had hoped.

In a 53-page opinion, Judge Ronald L. Buckwalter, of the United States District Court for the Eastern District of Pennsylvania, rejected GSK’s preemption arguments, recognizing the vital role tort litigation has played in protecting the health and safety of its citizens.

The Court held, amongst other things:

The Plaintiffs had argued in their briefing to the Court that:

GSK seeks complete immunity from liability in this case by asserting the “conflict preemption defense” and claiming that, under the Federal Food, Drug, and Cosmetic Act (“FDCA”), it was prohibited from warning or disclosing to the public truthful information about the suicidality risks associated with Paxil in children and adolescents. In so arguing, GSK attempts to abrogate its duty to the millions of consumers of its multi-billion-dollar income-producing drug and has placed profits over safety. In essence, GSK argues that, because the FDA did not “make” GSK warn about the suicidality risk in pediatric patients until 2005, it could not have warned or disclosed the risks any sooner. GSK is wrong.

The boy’s parents, Marion Knipe and Gerald Garrison, and their counsel are naturally pleased with the Court’s well reasoned and scholarly opinion. According to Baum Hedlund attorney, Bijan Esfandiari:

“Judge Buckwalter’s opinion demonstrates his thorough grasp of the law of preemption in this case and his close examination and understanding of the underlying facts. But, aside from the legal implications, we must remember the real-life implications – GSK’s failure to warn of Paxil’s risks resulted in the death of a 16-year-old boy, not to mention the countless other children whose lives were placed at risk for the sake of profits. Let us never forget that.”

The issue of preemption is a hot topic at present. The Supreme Court is poised to address preemption in a pharmaceutical case in the coming months with a November 3, 2008 hearing in a case titled Wyeth v. Levine.

Although the Supreme Court is expected to clarify a number of issues related to preemption generally, the Supreme Court’s decision will not affect the Knipe case ruling because it is an “off-label use” case (i.e., Paxil has never been approved by the FDA for use in children and adolescents).

At least 20 amicus (“friend of the court”) briefs have been filed in support of Diane Levine, a professional musician who lost an arm as a result of a drug side effect for which the drug’s manufacturer had failed to warn. Amongst the organizations that filed amicus briefs are former commissioners of the FDA, members of congress, various medical associations, AARP, the Senior Citizen’s League, numerous tort professors, editors of medical journals, the National Conference of State Legislatures, 47 of the 50 states, Consumer’s Union (publisher of Consumer Reports), Constitutional scholars and various drug safety advocates.

One of the briefs was filed on behalf of Baum Hedlund client, Kim Witczak, along with another activist, Sara Bostock, and an organization called Healthy Skepticism, which specifically addresses preemption in the context of the antidepressants.

Another brief filed on behalf of The National Coalition Against Censorship was co-authored by Baum Hedlund attorney Bijan Esfandiari.

Baum Hedlund Aristei & Goldman has the longest track-record handling SSRI (selective serotonin reuptake inhibitor antidepressants such as Prozac, Paxil and Zoloft) cases, having litigated more antidepressant cases in the past 18 years than any other law firm in the country.