The law firm of Wisner Baum represents individuals and communities that have been subjected to police brutality and misconduct in Los Angeles and throughout the state of California. Our work for and with people who have experienced excessive force and other abuses of power by law enforcement began in the 1990s. Today, we continue to vigorously advocate on behalf of individuals protesting racial injustice and other clients who have suffered serious injuries or death due to police misconduct.

Our firm is deeply committed to vindicating the rights of survivors of police brutality and those who have had their lives wrongfully taken by law enforcement, securing the justice and compensation they deserve, holding law enforcement officers and municipalities accountable when they cause devastating harm, and ensuring our work contributes to the eradication of systemic racism and militarized policing.

If you or a family member have been subjected to police misconduct, we are here to help. Give us a call today at (855) 948-5098 or contact us for a free confidential case evaluation.

What is Police Misconduct?

Police misconduct involves a law enforcement officer (or officers) engaging in violent or other illegal behavior under the “color of law” and resulting in one or more civil rights violations. Our firm litigates cases against those police officers, sheriffs, and other law enforcement officials who have violated an individual’s rights to be free from excessive force and unlawful seizures, to receive due process under the law, and to freely exercise their First Amendment rights.

Police Brutality and Excessive Use of Force

Police brutality is a civil rights violation in which law enforcement officers use undue or excessive force against an individual. Depending on the circumstances, an officer of the law may use reasonable physical force to diffuse an incident or apprehend an individual, but that physical force must cease once the need for force no longer exists. 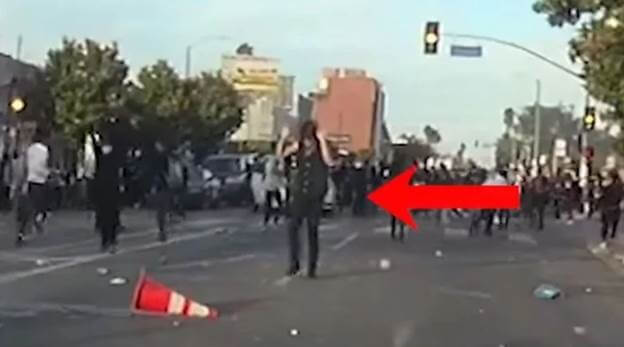 Read about Wisner Baum’s lawsuit on behalf of a peaceful protester against the LAPD, alleging officers shot him in the head with a rubber bullet, causing him severe injuries.

Unfortunately, this is not always how things go, especially in low-income neighborhoods and within communities of color. Often times, instances of police misconduct arise where law enforcement officials are called to respond to issues for which they are not qualified, such as mental health crises, domestic disputes, and to address issues with individuals experiencing homelessness.

Our attorneys believe it is crucial to expose and bring awareness to excessive and sometimes cruel and undue force perpetuated by some within law enforcement resulting in serious injury, long term suffering and, unfortunately in too many cases, death.

Wisner Baum stands in solidarity with protesters peacefully exercising their constitutional rights. We are committed to holding accountable law enforcement agencies and officers who have engaged in police brutality against members of the communities they swore to serve and protect. We support a call-to-action to end systemic racism and militarized policing. 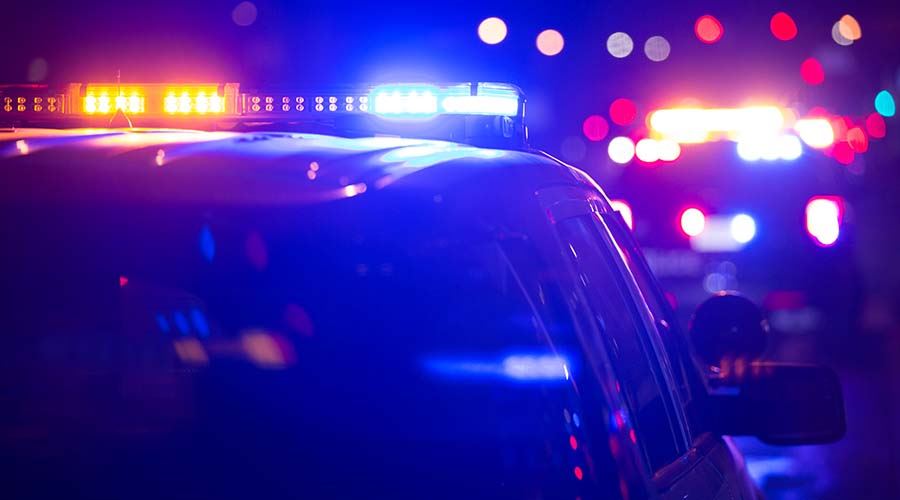 The following statistics were compiled from Campaign Zero’s Police Scorecard. The “deadly force” statistics include firearms discharges and all incidents in which the use of force resulted in death or serious injury to a civilian.

During the same time period, LAPD received more than 2,300 “use of force” complaints from civilians. In only 1% of those cases did LAPD rule in favor of civilians.

According to Campaign Zero, between 2016 and 2018, SFPD used “less-lethal force” 73% more per arrest than other police departments in California, and used deadly force 57% more per arrest than other departments in the state. During the same time period, SFPD received 322 “use of force” complaints from civilians. In only 2% of those cases, did SFPD rule in favor of civilians.

According to Campaign Zero, between 2016 and 2018, SDPD used so-called “less-lethal force” 93% more per arrest than other police departments in California, and used deadly force 41% more per arrest than other departments in the state. During the same time period, SDPD received more than 1,500 “use of force” complaints from civilians. On average, in only 2% of those cases did SDPD rule in favor of civilians.

Like many other police departments in major cities throughout the country, it is difficult for civilians to hold LAPD, SFPD and SDPD police officers accountable because the departments can disqualify complaints and give officers unfair access to information when complaints are filed.

Filing a civil action is one of the only ways to hold the department accountable, no small task considering police departments are protected by qualified immunity. 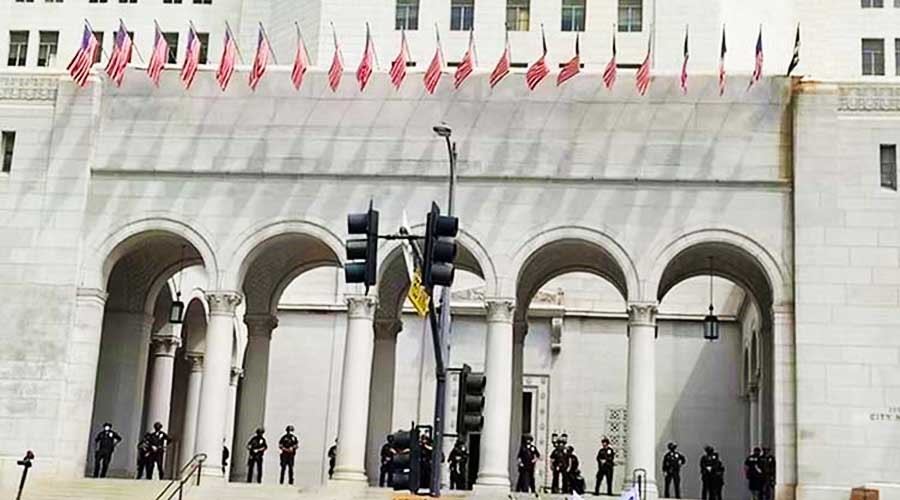 Police Use of Deadly Force

According to Mapping Police Violence, 1,098 people were killed by police in 2019. Black people accounted for 24% of the total despite comprising only 13% of the population.

Some argue the militarization of policing is one of the reasons the use of deadly force continues to be a problem. In 1996, the U.S. passed a law that allowed the Department of Defense to provide surplus “military grade” equipment to police and sheriff’s departments. Since that law was passed, police and sheriff’s departments throughout the country have received military weapons and equipment worth billions, and that does not take into account the money spent from expansive police budgets throughout the country.

Police training has also embraced a militarized combat mentality, favoring an “us vs. them” perception in which cops are taught to apply a “warrior” philosophy. Dave Grossman, who gives hundreds of police training courses throughout the nation every year before thousands of police officers, coined the term “killology” and preaches “warrior policing” during his courses. Grossman’s goal is to train police officers to think and act like military soldiers prepared to kill at a moment’s notice, and to regard their community as territory occupied by insurgents.

Militarized policing – in which force is more often used as the first resort – disproportionately impacts Black communities. Jeronimo Janez, the police officer who shot and killed Philando Castile in 2019, attended a training session that Grossman co-taught.

A 2019 study conducted by the Proceedings of the National Academy of Sciences (PNAS) found that police violence is a leading cause of death for young Black men in the United States. About one in every 1,000 Black men “can expect to be killed by the police,” the study says.

Carl Takei, a senior staff attorney at the American Civil Liberties Union (ACLU), notes that police violence is a leading cause of death for people of color because “over-policing of Black and Brown communities results in unnecessary police contacts and unnecessary use of force.”

Contrary to what the phrase implies, the use of “non-lethal” or “less-lethal” weapons can cause serious injuries and death. Police brutality and excessive force cases often involve the following:

Tasers: The powerful electrical charge in police-issued tasers have the potential to kill. According to a study conducted by Reuters, the number of deaths stemming from law enforcement use of tasers disproportionately affects people of color. The study also notes that law enforcement officials often misuse tasers and lack safety training.

Pepper Spray or Pepper Balls: Also known as “OC” spray (from the chemical name, oleoresin capsicum), pepper spray has been used as a crowd control measure during peaceful protests, or in situations where individuals are allegedly resisting arrest. While most injuries involving pepper spray are minor respiratory and skin issues, some people have suffered severe allergic reactions. A protestor in Omaha, Nebraska suffered permanent eye damage after being shot with a pepper ball projectile.

Handcuffs: While handcuffs are not thought of as a weapon, many survivors of police violence have suffered serious injuries after being handcuffed and thrown to the ground or into a wall for allegedly resisting arrest. Some peaceful protestors have also been seriously injured when police officers cut off zip tie restraints with scissors and repeatedly cut the individual’s wrists and hands.

Chokeholds: In the wake of chokeholds being used by law enforcement, a too frequent effect of which is to kill individuals such as Eric Garner, George Floyd and others, more and more police departments are banning the use of chokeholds. While banning this dangerous hold is a welcome step, it does not address the heart of the issue – which is militarized policing and systemic racism. Until the root of that evil is pulled out, police chokeholds will likely continue causing more serious injuries and death, especially among people of color. According to a Los Angeles Times analysis of California Department of Justice data, between 2016 and 2018, law enforcement officers in the state seriously injured 103 people while using carotid neck restraints (chokehold). Black and Latino people accounted for more than 60% of these incidents.

How Can I Find a Police Misconduct Attorney Near Me?

For individuals who have been subjected to police misconduct, obtaining a knowledgeable and experienced legal team to protect your rights and hold those police officers and departments that are responsible for the misconduct accountable is critical. In your search for legal representation, it is important to consider law firms that not only have experience litigating police misconduct cases, but also possess an established track record of success.

While our firm is Los Angeles based, we have experience advocating for individuals who have sustained injuries throughout the state.

In June of 2020, our firm, in collaboration with well-known and respected civil rights attorneys in Los Angeles, filed a class action lawsuit on behalf of Black Lives Matter-Los Angeles (BLM-LA), the Los Angeles Community Action Network (LACAN), and other individual plaintiffs against LAPD for police brutality towards BLM activists. The complaint asserts that the LAPD used excessive force and unconstitutional detainment of peaceful protesters during demonstrations. The lawsuit further alleges that “the LAPD used unnecessary and excessive force to terminate the protests, including the indiscriminate use of so-called ‘less lethal’ weapons that caused injury,” violating nonviolent demonstrators’ First Amendment rights.

If you or a loved one has been subjected to police brutality or misconduct, we are here to help you. It is our public duty to fight for justice on behalf of– and with – those affected by ongoing police aggression, to ensure that our clients are rightfully compensated and, importantly, to contribute to the fight of ending police violence and its underlying causes.