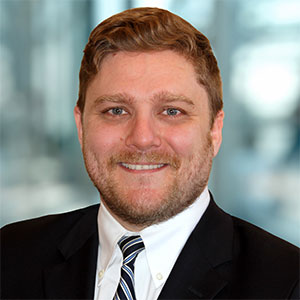 Wisner was appointed to the Roundup JCCP leadership despite protestations from Monsanto, which objected to his role in making public numerous internal Monsanto documents now part of The Monsanto Papers.

As administrator and co-lead counsel, Wisner and two other attorneys are responsible for coordinating and overseeing all activities for the plaintiffs in the Roundup JCCP. The other attorneys appointed to the leadership are Timothy A. Litzenburg of The Miller Firm LLC and Peter Miller of Miller DellaFera.

The Roundup JCCP consists of more than 150 lawsuits filed in California state courts by farmers, agricultural workers, landscapers, gardeners, government workers, and others who allege exposure to Monsanto’s Roundup weed killer caused them to develop non-Hodgkin lymphoma. John Barton, a retired third-generation farmer from Bakersfield, used Roundup for decades. He was diagnosed with non-Hodgkin lymphoma in July 2015. His Roundup cancer lawsuit is now consolidated within the JCCP. 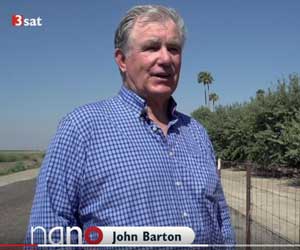 Mr. Barton has appeared in several documentaries and news pieces in the United States and in Europe. John traveled to Europe in 2017 with his attorneys Michael Baum and Brent Wisner, and another client of Baum Hedlund, Teri McCall, to share his story with members of the European media and members of the EU Commission.

The Roundup litigation against Monsanto began not long after the International Agency for Research on Cancer (IARC) issued a 2015 report on glyphosate, the active ingredient in Roundup. According to the IARC report, glyphosate is a probable human carcinogen and cancer most associated with glyphosate exposure is non-Hodgkin lymphoma.

What is a JCCP?

A JCCP (Judicial Council Coordination Proceeding) is a civil case coordination where multiple claims filed in more than one county involving a common issue of fact or law are brought together in a single court under certain procedures and with the agreement of the parties.

The purposes of a JCCP:

In California “complex” actions, such as those against Monsanto regarding Roundup, a petition to coordinate the actions is submitted to the Chair of the Judicial Council (the Chief Justice), who assigns a motion judge to decide the merits of the petition. If the motion judge grants coordination, the Chief Justice assigns a trial judge.

Baum Hedlund Aristei & Goldman has filed 90 cases in the Roundup JCCP; 40 in Alameda County and 50 in San Francisco County. The firm has also filed 49 cases on behalf of other law firms, nearly all of which are from other states.

The first case management conference for the California Roundup JCCP occurred on May 1, 2018, in Oakland before Judge Ioana Petrou.

What is the Difference Between the CA Roundup JCCP and the Roundup MDL?

JCCP’s and MDL’s share the same purpose – to make case management more efficient and economical. In the Roundup litigation, the JCCP and MDL are heavily coordinated with identical discovery and some joint hearings (Judge Petrou attended the Daubert hearing for the federal MDL).

Brent Wisner and the law firm of Baum Hedlund Aristei & Goldman were instrumental in the public release of documents known as The Monsanto Papers. The documents contain internal Monsanto communications, studies, presentations, and other memoranda.

“This is a look behind the curtain,” says Wisner. “These documents show that Monsanto has deliberately been stopping studies that look bad for them, ghostwriting literature and engaging in a whole host of corporate malfeasance. They [Monsanto] have been telling everybody that these products are safe because regulators have said they are safe, but it turns out that Monsanto has been in bed with U.S. regulators while misleading European regulators.”

The Monsanto Papers tell an alarming story of scientific manipulation, ghostwriting, collusion with regulatory agencies, and previously undisclosed information about how the human body absorbs glyphosate, the active ingredient in Monsanto’s Roundup. These documents, which Monsanto fought to keep out of the public eye, provide a deeper understanding of the serious public health consequences surrounding Monsanto’s conduct in marketing Roundup.