The Defendants in the case are Sikorsky Aerospace Services, Inc. and its parent company, Sikorsky Aircraft Corporation, both of Stratford, Connecticut.

The counts against Sikorsky include causes of action involving products liability and loss of consortium.

“The men and women in the Armed Forces deserve equipment that meets the highest standards of safety and reliability,” says Timothy A. Loranger, a Marine Corps veteran and attorney representing the Plaintiffs.

“Selling aircraft to the military knowing it could be defective and dangerous is a serious breach of the public trust. While no legal remedy will ever undo the harm caused by this senseless tragedy, justice for our clients will hopefully deter this type of negligent behavior in the future.” 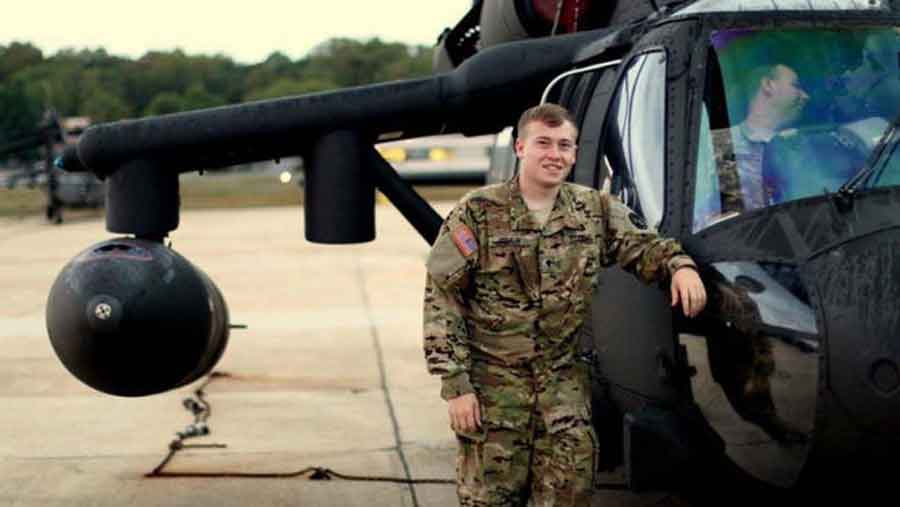 Based upon the investigations into the tragic crash thus far, the lawsuit alleges as follows:

The helicopter was one of three aircraft scheduled participate in a standard day time air assault training formation flight. During the flight to Davison Army Airfield, the helicopter experienced unexplained and abnormal vibrations. Less than three minutes later the aircrew radioed that they were experiencing a tail rotor malfunction.

After a short discussion, the aircrew announced that they were going to land and the chopper proceeded to slow down and descend. The aircrew intended to make a precautionary landing at Deerfield airport, a private airport three nautical miles south of their position.

As the aircraft slowed, Specialist Tomlin announced over the intercom that he had visually identified something very seriously wrong with the tail of the helicopter.

Seconds before impact, the tail rotor gearbox, which allows the pilots to control the direction of flight, separated from the helicopter and resulted in complete loss of control. The aircrew advised that they “were going down”, initiated an autorotation, and made a left turn toward a long fairway at the Breton Bay Golf Course in Leonardtown, Maryland.

Despite the pilots’ attempts to maintain control, the aircraft began to spin to the right. The helicopter completed three rotations to the right before colliding with a tree, and then the ground. 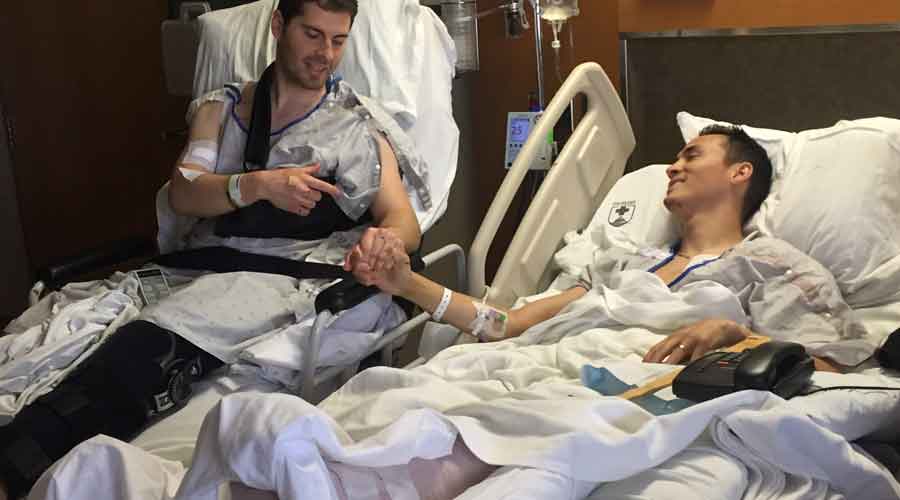 Captain Onoda and Chief Nicholas sustained serious injuries in the crash. Specialist Tomlin was pronounced dead at the scene.

The post-crash investigation revealed that the vibrations, loss of the trail rotor gearbox, loss of control in the yaw axis, and the resulting crash was caused by a failure of the materials used to bond the tail rotor blade within the tail rotor section.

According to investigators, the loss of the tail rotor gear box caused an imbalance of the helicopter so that the pilots were unable to maintain directional control of the aircraft. causing the helicopter to impact the trees.

According to the lawsuit, Jeremy Tomlin suffered severe physical injuries in the crash, resulting in his death. Jeremy Tomlin’s wife, Jessica, suffered the serious and life altering loss of her husband, his protection and guidance, love, affection, companionship, and financial security..

Captain Onoda and Chief Nicholas both suffered catastrophic and permanent physical injuries, and devastating psychological damage. Their injuries have required significant past and future medical and psychological care and treatment, for which they will incur past and future medical costs, not to mention loss of income and work life expectancy, among other things, the complaint states.

The national law firm of Baum Hedlund Aristei & Goldman handles military aircraft crashes in the United States and around the world in cases involving aircraft or parts manufacturers. Our firm has successfully represented clients in thousands of personal injury and wrongful death cases, including several military aviation accident lawsuits filed on behalf of service members and their families. Across all areas of practice, Baum Hedlund Aristei & Goldman has secured over $1.9 billion in verdicts and settlements.