Leiomyosarcoma is a malignant (cancerous) tumor derived from smooth muscle cells. Otherwise known as LMS, leiomyosarcoma tumors are considered rare and often difficult to treat. The prognosis is poor, and survival rates are among the lowest out of all soft tissue sarcomas.

Leiomyosarcoma (LMS) is one form of a very rare and aggressive cancer called ‘sarcoma,’ which is a cancer of the connective or supportive tissues of the body. These tissues can be found in bone, cartilage, fat, muscle, and blood vessels. Among uterine cancer patients, uterine leiomyosarcomas (ULMS) account for roughly one percent of patients with uterine cancer. It is worth noting that leiomyosarcoma can arise from other gynecological primary sites.

Leiomyosarcomas can be quite unpredictable. In some patients, they can remain dormant for long periods of time only to recur after a few years. Leiomyosarcoma is considered a resistant cancer, which means it generally doesn’t respond to chemotherapy or radiation. The best reported outcomes occur when the tumors can be surgically removed with wide margins in an early stage, while small and still in their original place (when malignant cells are present as a tumor but have not yet metastasized beyond the basement membrane of where the tumor was first discovered).

Uterine leiomyosarcoma is most common among women between the ages of 40 and 60 years of age.

Some of the most frequent presenting symptoms include:

Less common symptoms can include:

In a pelvic exam, the uterus is often enlarged and in some cases, part of the tumor can prolapse through the cervical os (the opening of the cervix) into the vaginal canal. Diagnosis of ULMS is generally not made prior to surgery, so many patients see a physician with advanced disease. 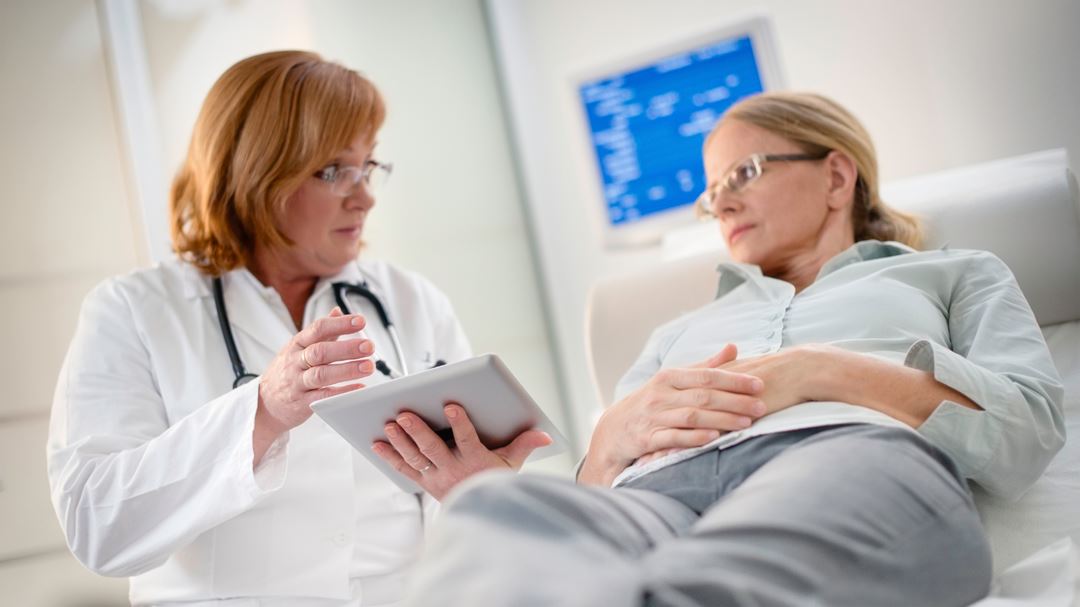 According to a recent study published in the International Journal of Surgical Oncology (Volume 2014), uterine leiomyosarcoma carries an extremely poor prognosis. Selected patients who had greater than a year of first recurrence, resectable disease (surgically removable) at recurrence, and early stage of the disease at initial diagnosis, a secondary cytoreductive surgery can be beneficial and may prolong survival.

Fibroids form in the smooth muscular tissue of the uterus (called the myometrium). Their growth can be unpredictable, with some fibroids staying the same size and others going through growth spurts. In some cases, uterine fibroids may shrink on their own. Fibroids present during pregnancy can shrink or disappear outright after pregnancy, as the uterus returns to a normal size.

As many as 75 percent of women will have uterine fibroids at some point in their lives, though many are unaware of their presence, as they often do not cause symptoms.

Leiomyosarcoma, on the other hand, is rare and carries with it a poor prognosis. Doctors who evaluate women with presumed uterine fibroids are challenged when deciding which rare patients may have leiomyosarcoma. While there are differences in the populations, there is some overlap between the two disorders.

According to the Food and Drug Administration, about one in every 350 women undergoing a fibroid removal procedure have undetected cancer cells. These cells can easily be seeded throughout the pelvic and abdominal cavity if a power morcellator is used during hysterectomy or myomectomy.

Leiomyosarcomas are considered aggressive tumors, often difficult to treat. A multi-specialty treatment team at a specialized sarcoma care center is a patient’s best option for treatment.

If a wide surgical margin is not possible, radiation therapy can be an important additional treatment used to improve rates of local control, especially in sarcomas that have reached a high grade. Radiation can either be delivered pre-operatively or post-operatively.

Chemo can help slow the progress of leiomyosarcoma. At present, there are a number of investigational studies looking at other potential agents that could be useful in the treatment of leiomyosarcoma. Chemo is occasionally used after initial treatment for cancer, especially to suppress secondary tumor formation.