Aviation accidents can be traced to a variety of causes, including pilot error, air traffic controller error, design and manufacturer defects, maintenance failures, sabotage, or inclement weather. An experienced aviation attorney can help you to pursue a claim by identifying any potential helicopter or plane crash causes, as well as the parties responsible.

If you or a loved one have been involved in a plane or helicopter crash, contact the experienced aviation accident attorneys of Wisner Baum to discuss your case and to find answers about the cause of the crash. We offer free, no obligation case evaluations and can answer any questions you may have about your case.

Investigating and Exposing the Reasons Why Planes Crash

To find out why planes crash in our cases, our aviation attorneys use a team of investigators and leading experts to inspect and analyze every aspect of an aviation accident, including what happened before the flight, what happened in the moments leading up to the accident, and what happened as the accident was unfolding. We assess corporate policies that may have impacted actions of those involved, listen to evidence preserved in the cockpit voice recorder (CVR) and flight data recorder (FDR) and analyze the salvaged remains of the aircraft to ensure all possible air crash causes are checked. After our investigation is complete, we pursue personal injury and wrongful death claims under product, airline, pilot, controller, or other liability theories as appropriate. 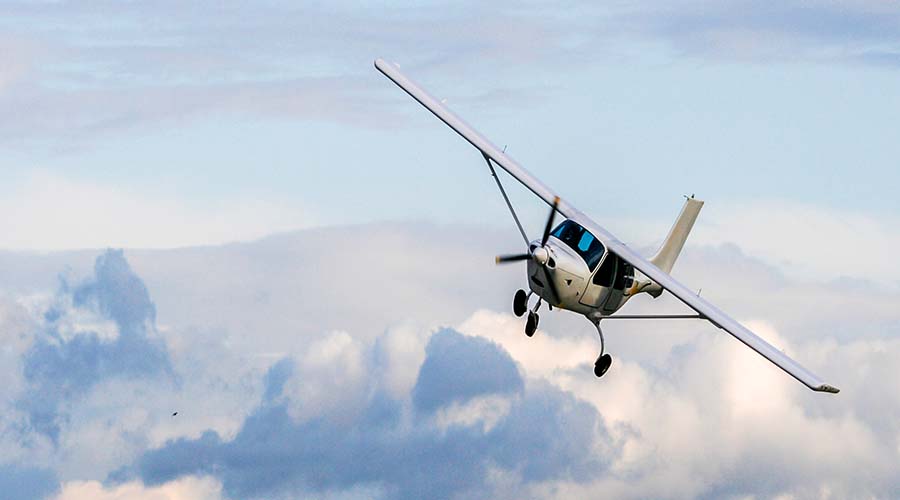 What Causes Planes to Crash?

Over the past decades, our experience handling aviation accidents has provided us with comprehensive understanding of the many common reasons why planes crash.

Below are some of the most frequently reported aviation accident causes:

PAPI (Precision Approach Path Indicator) is a newer and more precise light system that operates in a similar fashion as VASI. A system of red and white lights tell the pilot where he is in relation to the glide path. PAPI is much more precise than VASI, hence the name, and is accurate to about 50 feet above the runway. This enables the pilot to fly almost down to a landing using the system.

When using an instrument approach, or when visibility is poor, the ILS (Instrument Landing System) may be used to aid the pilot in making a safe landing. ILS is a radio system with components on the ground and in the aircraft. The localizer part of ILS will tell the pilot whether the aircraft is lined up straight with the runway, or to the right or left. The glide slope part of the ILS indicates to the pilot whether the aircraft is higher, lower than or properly on the glide path. Thus ILS is an accurate guide for the pilot down the glide path. An approach to landing using this system is called an ILS approach.

When an approach to landing is done using the ILS, the ILS can be and often is used with VASI or PAPI light systems as a cross check. The pilot flies the ILS approach until he can see the lights of the VASI or PAPI system, and uses both systems for final approach and landing.

The ILS can be used for a precision approach even in good weather with fine visibility. But an excellent approach and landing can be made in VFR (Visual Flight Rules) conditions without using either VASI, PAPI, the glide slope or the localizer.

The fact is that most every commercial flight is conducted IFR because of the altitude that these aircraft are flying. IFR flight is necessary for navigation at high altitudes. However, IFR flying is generally used all the way through the landing phase. Having said that, as has been discussed in the media, commercial airline pilots must be comfortable landing these aircraft using VFR rules and the associated systems.

Also, interestingly, airplanes still land with little or no “power” now and are, in a sense, gliding in. But, there is a need to have power available if needed. Power is used to adjust the airplane’s altitude during the landing phase to keep it on the glide path; i.e. utilizing small power adjustments as they probably did in the early days of aviation. With piston engines, getting additional power is nearly instantaneous with an advance of the throttle. With jet engines, however, one must “spool up” the engines in order to have available to the crew any needed power adjustments, and that process takes as much as 10 seconds, or so. That is why pilots of jets should not attempt to “glide” in with the engines at flight idle all the way to touchdown.

Justice for the Victims of Aviation Accidents

Aviation accident causes can vary from mechanical failure to human error. When negligence leads to an aviation accident, the victims and their families deserve answers and compensation. At Wisner Baum, we vigorously pursue accountability against negligent federal air traffic controllers, flight service stations, design engineers, manufacturers, airlines and all other responsible parties. Whether the helicopter or plane crash was caused by the failure to de-ice the wings or by some form of pilot or corporate negligence, the lawyers of Wisner Baum will get answers and pursue justice.