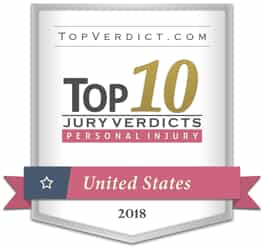 Lee Johnson worked as a groundskeeper for the Benicia Unified School District in the San Francisco Bay Area. Between 2012 and 2015, part of Mr. Johnson’s job was to apply Monsanto herbicides to school properties.

In 2014, Lee began to experience severe skin irritation, which he reported to health care providers. He also contacted Monsanto, asking if his skin irritation could have been caused by his use of Roundup. Internal Monsanto emails later obtained by Lee’s attorneys show that his queries concerning Roundup were discussed among company employees. However, Monsanto never responded to Mr. Johnson, so he continued to use Roundup. 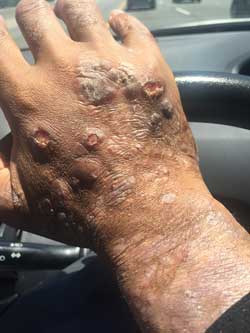 In August of 2014, Lee was diagnosed with mycosis fungoides (non-Hodgkin lymphoma with large cell transformation). After his diagnosis, his job still required him to apply and be in close contact with Monsanto glyphosate-based herbicides. Despite enduring chemotherapy treatments throughout 2015, Mr. Johnson’s cancer progressed.

Mr. Johnson filed a Roundup cancer lawsuit against Monsanto in 2016. He is represented by the Miller Firm and Wisner Baum (formerly Baum Hedlund Aristei & Goldman).

"This is another major victory for Lee and his family. Nearly every argument by Monsanto was rejected, including Mansanto's vaunted preemption defense, and the verdict was upheld. The reduction in damages is a function of a deep flaw in California tort law, not the merits of the case. Basically, California law does not allow a plaintiff to recover for a shortened life expectancy. This effectively rewards a defendant for killing a plaintiff, as opposed to just injuring him. It is madness. That Lee will not live an entire life with his wife and children should be compensable. Hopefully, when the issue gets before the California Supreme Court, we can change this irrational law." -July 20, 2020

3/27/2019 update: The Johnson case is currently on appeal in the California State Court of Appeals. Monsanto’s opening brief is due on April 22, 2019.

While we think the punitive damages reduction was not appropriate, Judge Bolanos’ final ruling did weigh the liability and punitive conduct evidence according to the required standard: in a light most favorable to the prevailing party, thus preserving the jury’s basic findings. We appreciate and acknowledge this jury’s verdict sending a strong message to deter Monsanto’s conduct that caused Lee Johnson’s non-Hodgkin lymphoma. However, to hopefully achieve a final resolution within his lifetime, Mr. Johnson has accepted the punitive damages reduction suggested by Judge Bolanos. We expect Monsanto to appeal, notwithstanding, so we will address all issues regarding the verdict and the amount of damages at the Court of Appeals.

Statement on behalf of Wisner Baum & The Miller Firm:
Although we believe a reduction in punitive damages was unwarranted and we are weighing the options, we are pleased the Court did not disturb the verdict. The evidence presented to this jury was, quite frankly, overwhelming. And, as we saw in recent days, this jury was intelligent, diligent, and followed the letter of the law. We are happy the jury’s voice was acknowledged by the Court, even if slightly muted. We are still reviewing whether we will accept the proposed remittitur or retry the punitive damages. That said, today is a triumph for our legal system. We care deeply for Lee and his family, and we are excited to share this important win with them and all those who supported this case.

10/12/2018 update: Plaintiff and Defense filed the proposed orders today regarding the motion for JNOV (Judgment Notwithstanding The Verdict) in Dewayne Johnson vs. Monsanto.

10/2/18 update: Attorneys for Mr. Johnson filed two opposition briefs on October 2, 2018 in response to motions previously filed by Monsanto; one opposing Monsanto’s motion for a new trial and the other opposing Monsanto’s motion to reverse or amend the landmark verdict. According to the plaintiff’s briefs, Monsanto “received a fair trial in this case and an independent assessment by a remarkable jury who unanimously found ample evidence that Plaintiff proved all elements of his case…It is time to end this litigation and respect the jury’s judgment.”

In the documents below, you will find trial transcripts and exhibits (posted after 48-hour delay) and other court documents from Dewayne Johnson v. Monsanto Company. For access to all public documents in this case, you can view the docket via the Superior Court of California, County of San Francisco.

If you are looking for the court documents from the federal Monsanto Roundup litigation (MDL), please visit the Monsanto Court Papers page.

If you are looking for unsealed Monsanto emails, communications, studies and other memoranda, please visit the Monsanto Papers page. 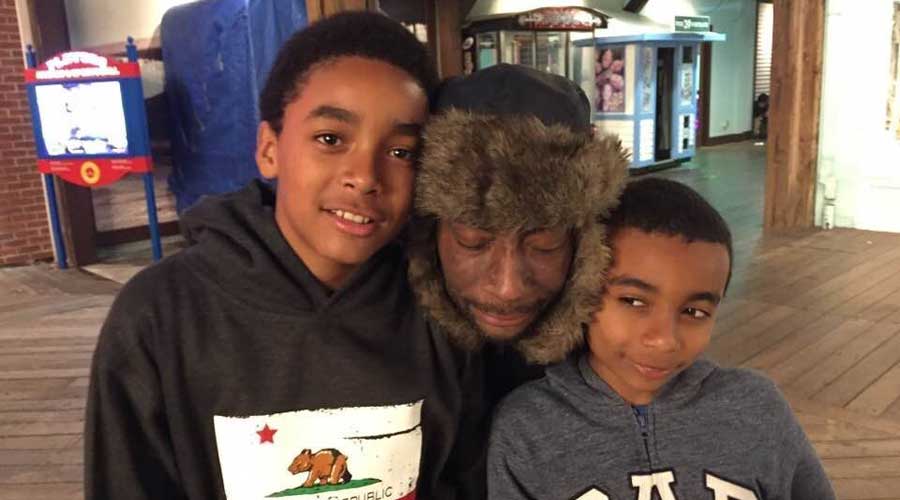 Day 3 A: 7/12/18 – Dr. Christopher Portier, former Director of the Agency for Toxic Substances and Disease Registry, direct by Brent Wisner 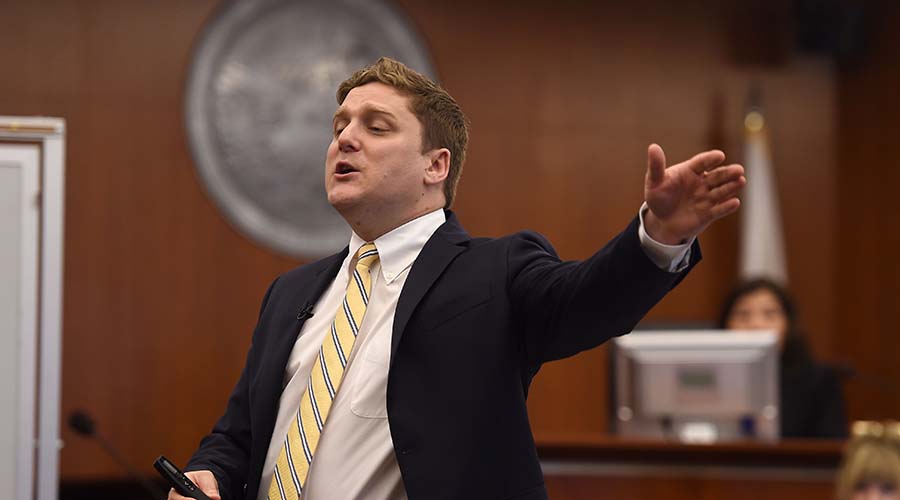 PTX 0006 – Photo of Dewayne Johnson in protective mask and suit

PTX 0766 – Does Exposure to Glyphosate Lead to an Increase in the Micronuclei Frequency? A Systematic and Meta-Analytic Review (2016)

PTX 0883 – Critical Reviews in Toxicology: A review of the carcinogenic potential of glyphosate by four independent expert panels and comparison to the IARC assessment (2016)

PTX 0884 – Safety Evaluation and Risk Assessment of the Herbicide Roundup and Its Active Ingredient, Glyphosate, for Humans; Williams, Kroes, Munro (2000)

DX 2323 – EFSA: Conclusion on the peer review of the pesticide risk assessment of the active substance glyphosate (2015)

DX 2735 – Dr. Christopher Portier and others – open letter: Review of the Carcinogenicity of Glyphosate by EFSA and BfR (2015)

DX 2747 – EFSA Responds to Dr. Christopher Portier’s open letter: Review of the Carcinogenicity of Glyphosate by EFSA and BfR (2016)

DX 3010 – Glyphosate in the general population and in applicators: a critical review of studies on exposures; Solomon (2016)

DX 3110 – Safety Evaluation and Risk Assessment of the Herbicide Roundup and Its Active Ingredient, Glyphosate, for Humans

PTX 0371 – Monsanto Email re: A Review of the Carcinogenic Potential of Glyphosate by Four Independent Expert Panels and Comparison to the IARC Assessment (2016)

PTX 0402 – Monsanto Email re: GA Update on US Government Outreach – WHO IARC Clarification on Glyphosate (2015)

PTX 1034 – Other Pesticides Missed by AHS

DX 2598 – Using multiple imputation to assign pesticide use for non-responders in the follow-up questionnaire in the Agricultural Health Study; Heltshe, et al. (2012)

PTX 1031 – Lee Johnson: Risk Factors for Non-Hodgkin Lymphoma (demonstrative board that was filled out before the court)

PTX 0006 – Photo of Dewayne Johnson in protective mask and suit

PTX 0014b – Video of Dewayne Johnson talking about work

PTX 0024 – Photo of Dewayne Johnson and his two sons

PTX 0266 – Monsanto email re: Mutagenicity assessment of Roundup by Parry (1999)

PTX 0371 – Monsanto Email re: A Review of the Carcinogenic Potential of Glyphosate by Four Independent Expert Panels and Comparison to the IARC Assessment (2016)

PTX 0402 – Monsanto Email re: GA Update on US Government Outreach – WHO IARC Clarification on Glyphosate (2015)

PTX 0266 – Monsanto email re: Mutagenicity assessment of Roundup by Parry (1999)

PTX 0299 – Monsanto Email re: Tools to help you address local concerns about IARC and litigation claims with glyphosate (2015)

PTX 0167 – IARC Monographs on the Evaluation of Carcinogenic Risks to Humans VOLUME 112: List of Participants

PTX 0681 – Patterns of Pesticide Use among Farmers: Implications for Epidemiologic Research; Blair & Zahm (1993)

PTX 0778 – A Case-Control Study of Non-Hodgkin Lymphoma and Exposure to Pesticides; Hardell, Eriksson (1999)

DX 2598 – Using multiple imputation to assign pesticide use for non-responders in the follow-up questionnaire in the Agricultural Health Study; Heltshe, et al. (2012)

DX 2867 – An Evaluation of Glyphosate Use and the Risk of Non-Hodgkin Lymphoma Major Histological Sub-Types in the North American Pooled Project, PowerPoint Presentation (2015)

PTX 1062 – OECD Guideline for the Testing of Chemicals: Carcinogenicity Studies (2018)

Glyphosate Girl – Blog about the trial