Any pilot will tell you that the most critical times of a flight are during takeoff and landing. The margins for errors, in both circumstances, are slim. If anything goes wrong, the likely result is a runway accident, which can have deadly consequences. According to a study published by Boeing Commercial Airplanes, nearly half of all aviation accidents occur during the final approach or landing and 14 percent occur during takeoff or initial climb.

If you or a loved one have been harmed in an airport runway crash, it is in your best interest to speak with an experienced aviation attorney to protect your rights. The vast amount of rules and regulations governing air travel can make aviation accident cases complex and confusing, therefore, retaining a qualified aviation attorney is vital. Our aviation attorneys at Wisner Baum have represented over 100 passengers in more than a dozen runway accidents, and we have dedicated our practice to ensuring that victims of aviation crashes receive the justice and compensation they deserve. 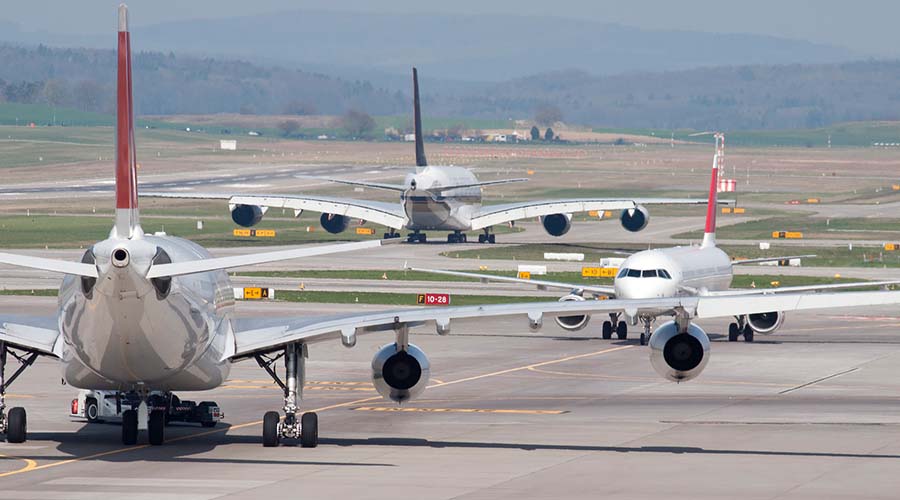 Most of us have misconceptions about how plane crashes happen. Based on what we see in the movies and on TV, when we think of plane crashes, we typically think of the sensational —a mid-air collision or engine failure at 30,000 feet, resulting in planes plummeting from the sky. The truth is that the majority of aviation accidents happen on the runway during takeoff or landing, not while the airplane is cruising in the air.

Three reasons why airport runway accidents are the most common of all aviation accidents:

When a plane is close to the ground or in the proximity of other aircraft, there is little room for error. As we think of runway accidents, we typically think of a mechanical malfunction, maintenance issues or a number of other problems occurring during takeoff or landing that can lead to catastrophe, but oftentimes the pilots didn’t do everything they were required to do to set up a safe takeoff or landing.

Commonly referred to as a runway overrun, a runway excursion is when an aircraft veers off or overruns the runway surface. Runway excursions occur while an aircraft is taking off or landing and can involve a variety of factors ranging from unstable approaches, to the condition of the runway.

The second most common type of runway accidents, according to the Flight Safety Foundation study, are runway incursions. These occur when an aircraft collides with an unauthorized vehicle, a person on the runway or another plane. Incursion runway accidents are not as common as excursion runway accidents, but they are certainly just as dangerous. In five fatal runway incursions that happened between 1995 and 2007, 129 people lost their lives. The deadliest runway incursion in history killed 583 people in the Canary Islands. Two Boeing 747s collided on March, 27, 1977 at Los Rodeos Airport (now Tenerife North Airport) on the Spanish island of Tenerife.

Runway confusion is when a single plane uses the wrong runway or a taxiway during landing or takeoff. Only two fatal runway accidents in recent years have been attributed to runway confusion: Singapore Airlines Flight 006 and Comair Flight 5191.

On October 31, 2000, the pilots of Singapore Airlines Flight 006 attempted to takeoff on a closed runway, in the midst of a typhoon. The plane crashed into some construction equipment, killing 83 of the 179 people onboard. We represented four passengers injured in this runway accident.

Who Can Be Held Liable for Runway Accidents?

Below are the three instances where you may be able to seek damages:

If you have been the victim of a runway accident, it is in your best interest to retain an experienced aviation attorney as quickly as possible to ensure that you receive maximum compensation. In the weeks following a runway crash, you and your family will be thrust into dealing with questions from the airline, insurance companies and perhaps even authorities, which is why you need an attorney to advocate on your behalf during this difficult time. All of the defendants in your case will likely have a strong defense team trying to limit their liability, so it is imperative that you have someone fighting for you.

The aviation law firm of Wisner Baum has litigated cases on behalf of more than 700 passengers, crew members and ground workers involved in personal injury and wrongful death claims in the U.S. and around the world. Our team has over 40 years of aviation accident litigation experience, successfully resolving cases against some of the largest airlines in the world, many of them stemming from airport runway accidents.

For a free case evaluation with an aviation attorney at Wisner Baum, fill out this form or call (855) 948-5098 today.