The Boeing Company, which had been the world’s leader, is now the second largest airline manufacturer in the world behind Airbus. According to government statistics, Boeing aircraft have been involved in nearly 6,000 aviation accidents and incidents worldwide. Of those, 415 were fatal accidents, resulting in over 9,000 deaths.

On March 21, 2022, a Boeing 737-800 plane operating as China Eastern Airlines Flight 5735 crashed in southern China. Authorities say the plane began losing altitude at 30,000 feet then entered a steep nosedive and crashed into terrain - Read our blog for more details

After two devastating commercial plane crashes in 2018 and 2019 that killed 346 people, The Boeing Company paid more than $2.5 billion for defrauding the U.S. Federal Aviation Administration (FAA). The total resolution included a criminal penalty of $243.6 million. Another $1.7 billion was allocated for airlines that purchased 737 MAX aircraft to make up for lost revenue when the aircraft was grounded during a lengthy investigation. The remaining $500 million went into a fund to help compensate the families of those killed in the Lion Air Flight 610 crash in 2018 and the Ethiopian Airlines Flight 302 crash in 2019.

Boeing issued an apology for the crashes. Former CEO Dennis Muilenburg admitted that the automated flight control system on the two 737 MAX aircraft played a role in the tragedies. According to Muilenburg, “it’s apparent that in both flights the Maneuvering Characteristics Augmentation System, known as MCAS, activated in response to erroneous angle of attack information.”

In November of 2021, Boeing agreed to acknowledge responsibility for the ET302 crash in lawsuits filed by surviving families. Under the agreement, Boeing admitted that the “737 MAX had an unsafe condition, and that it will not attempt to blame anyone else" for the fatal Ethiopian Airlines crash.

Boeing and the United States government secretly negotiated a Deferred Prosecution Agreement (DPA) without input from the families of the victims of the Lion Air and Ethiopian Airlines crashes. The purpose of the DPA, apparently, is to allow Boeing to get away with its apparently criminal neglect of its responsibility to ensure its airplanes are safe, without severe criminal penalties. Families of victims are challenging the DPA pursuant to the provisions of the Crime Victims Rights Act, and demanding that they be heard, and their views considered, before a court agrees to the proposed agreement. 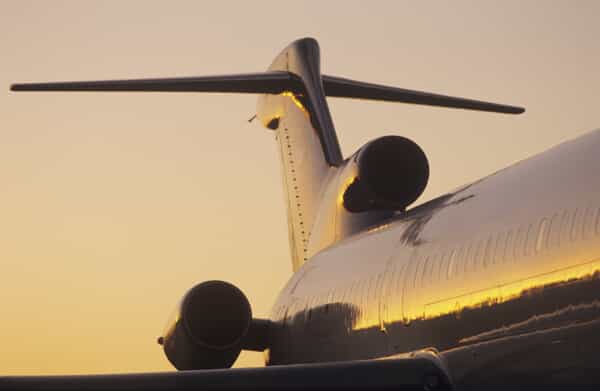 Aviation attorneys from the national law firm of Wisner Baum represented several families who lost loved ones in the Lion Air JT610 crash and the ET302 crash and support the effort to demand effective criminal sanctions for the failure of Boeing to prioritize safety over profits, resulting in the deaths of 346 people.

“Make no mistake, Boeing rushed the design and manufacture of the 737 MAX to keep pace with its competitors. The company’s misconduct caused both the Lion Air crash and the Ethiopian Airlines crash, which were both preventable.”
– Aviation Attorney Ronald L. M. Goldman

“Boeing could have and should have communicated known safety issues to the FAA, but they didn’t. Hundreds of people died because Boeing chose profit over people.”
– Aviation Attorney Clay Robbins III

Investigations into these preventable tragedies noted that Boeing has a “disturbing pattern of technical miscalculations and troubling management misjudgments” relating to its safety record on the 737 MAX aircraft. While the 737 MAX litigation may seem like an outlier, the truth is Boeing aircraft have been involved in numerous aviation accidents and incidents over the years.

Wisner Baumaviation attorneys have represented hundreds of claimants in lawsuits against Boeing. If you are interested in vindicating your legal rights, please contact us or call (855) 948-5098 today. We offer free and confidential case evaluations.

Wisner Baum has a proven track record in cases against major airlines and The Boeing Company stemming from preventable plane crashes and other incidents. Since 1990, our case history involving Boeing aircraft includes:

The Boeing Company is an American aerospace company that designs, manufactures, and sells planes, rotorcraft, satellites, missiles, rockets, and telecommunications equipment. It is the largest exporter in the U.S. by dollar value and is the third-largest defense contractor in the world.

​In 2021, Boeing was listed as the fourth-largest defense contractor in the United States. Roughly 25% of the company’s 141,000 employees works in the commercial airplanes department, which is responsible for designing, assembling, marketing, and selling commercial jets to airlines around the world. The commercial airplane department also provides product maintenance and training to its customer base.

While airline accidents are rare, Boeing aircraft have been involved in many over the last few years. In 2018, there were 41 total commercial flight accidents, and of that total, 18 involved Boeing 737s, more than any other plane. That same year, several Boeing 737s ran off runways, landed short of runways, or had their tails strike the ground. Prior to the worldwide grounding of the MAX, the aircraft had a fatal accident rate of one in every 200,000 flights. According to investigative reporter Peter Robison, that fatal accident rate represented “a frequency not seen since the early days of the jet age.” Robison notes that a Boeing executive found that one in 25 MAX airplanes experienced some kind of safety issue in the months after delivery.

The crashes of ET302 and JT610, along with the investigations that followed, damaged Boeing’s reputation in the aviation community. The global ban on the 737 MAX aircraft, which lasted nearly two years, cost Boeing billions. In addition to the $2.5 billion settlement with the U.S. Justice Department, a federal grand jury indicted a top pilot formerly with the company for deceiving the FAA and “scheming to defraud” Boeing’s airline customers. In November, of 2021, the company also settled a lawsuit filed by shareholders alleging Boeing failed to properly oversee the company and allowed lapses that led to the 2018 and 2019 crashes.

Robison’s book, ‘Flying Blind’, notes that Boeing’s downfall can be traced to a shift from a company that decades ago invested in new aircraft and valued engineering pedigree to a company whose sole obsession was stock market investors. Per Robison, Boeing “executed what today might be called the standard corporate playbook: anti-union, regulation-light, outsourcing-heavy,” which essentially valued profit above all else, including human lives.

"Boeing is not the same as it was two years ago but they have more to work to do.” - FAA chief Steve Dickson (Nov. 2021)

Since the beginning of the commercial jet era, Boeing has manufactured and sold more than 20,000 planes. The company currently has thousands of pending orders for its 737 MAX aircraft and other models.

Boeing Planes in Service (No Longer in Production)

The following data from AirSafe represents fatal accidents involving Boeing aircraft. The criteria for a “fatal event” includes circumstances where at least one passenger on a Boeing air flight died from causes directly related to the operation of that aircraft. This includes deliberate acts by another passenger, crew member, or someone not on the aircraft (i.e. sabotage, hijacking, or military action). Excluded in the data are circumstances in which the only deaths were hijackers, saboteurs, or stowaways.

As of 2021, there are 577 different airlines flying more than 9,600 Boeing planes throughout the world. The following U.S. airlines have purchased the most Boeing aircraft:

United Airlines has been Boeing’s best customer in the U.S. Since purchasing Boeing’s 707 in 1959, United Airlines has purchased over 1,850 Boeing aircraft. While the airline does own and operate roughly 210 Airbus planes, Boeing jets represent the overwhelming majority of aircraft in United’s fleet.

The airline utilizes several models, from the 767-300ER to the 737 MAX. United is currently waiting on pending orders from Boeing for:

Southwest Airlines has purchased more than 1,200 Boeing planes in its history. Since it began flying commercial flights in 1971, the low-budget airline has flown all of the classic 737 models. According to Southwest Airlines CEO Gary Kelly, the airline remains strongly committed to the Boeing 737 MAX aircraft despite the safety issues unearthed during the Lion Air and Ethiopian Air crashes.

According to Simply Flying, Boeing planes represent a little more than half of the jets in American’s fleet. American has pending orders for another 102 aircraft from Boeing. The airline also flies Airbus planes.

The worldwide grounding of the MAX model caused a 20% reduction in MAX production at Boeing. Nevertheless, it is estimated that Boeing will deliver roughly 40 aircraft per month to fulfill standing MAX orders.

Aviation Attorneys with Decades of Experience Litigating Against Boeing

Aviation attorneys from the national law firm of Wisner Baum have the experience and expertise necessary to prevail in cases against major aircraft manufacturers like Boeing. Since 1973, our firm has represented more than 790 commercial aircraft passengers and crew members. We are the first U.S. law firm to win a public apology from an airline following a plane crash. Across all areas of practice, the firm has won more than $4 billion in verdicts and settlements.

Any legal action against a major aviation company requires representation that is up to the task. As our track record demonstrates, we know what it takes to win big cases against big companies.